23 Feb THE POWER OF PURPOSE 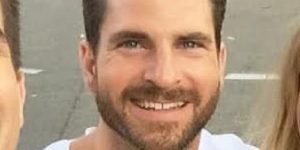 The challenges associated with the transition from a professional sports career have been highlighted in terrible and tragic circumstances this week. At the core of those challenges is the very real issue of mental health.

Since becoming a professional coach in 2010, I have been privileged to be entrusted with helping people’s career direction, their performance and life well-being. In that time I have seen first hand that mental health concerns are extremely common, yet are still downplayed or hidden by many.

As a coach, one of the real highlights in recent times has been working with Dan Price. Twelve months ago Dan was challenged to transition his career, but more importantly he was suffering deeply with depression and anxiety. Though outwardly he had been a picture of success and happiness, inside he was anything but.

Dan’s battle with mental illness and subsequent transformation from suicide attempt to mental health spokesman is absolutely inspiring. He discovered and articulated his purpose and it was purpose that ignited his turnaround.

He is now a crusader, sharing his story in the hope of helping others. I admire his commitment to being brutally honest and vulnerable, and in doing so showing others – especially men – just how powerful this act is. Since sharing his experiences, Dan has been contacted by people from all over the world admitting that suicide was on their agenda, but they found hope thanks to his story. Dan is living proof that there is always hope if you live on purpose!

Please read his story and lift our awareness and concern in the workplace and in our communities.http://www.dailytelegraph.com.au/rendezview/i-was-struggling-to-survive-but-i-hid-it-so-well/news-story/d0bee61eface730ec88db65ce5d5a529